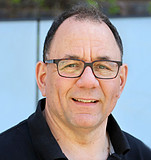 Experience
Sign in to view more
Education
Sign in to view more
Bio
Jonathan Rose is a Professor in the Edward S. Rogers Sr. Department of Electrical and Computer Engineering at the University of Toronto . He received the Ph.D. degree in Electrical Engineering in 1986 from the University of Toronto. From 1986 to 1989, he was a Post-Doctoral Scholar and then Research Associate in the Computer Systems Laboratory at Stanford University. In 1989, he joined the faculty of the University of Toronto. He spent the 1995-1996 year as a Senior Research Scientist at Xilinx, in San Jose, CA, working on the Virtex FPGA architecture. From 1989 until 1999 he was an NSERC University Research Fellow. In October 1998, he co-founded Right Track CAD Corporation, which delivered architecture for FPGAs and Packing, Placement and Routing software for FPGAs to FPGA device vendors. He was President and CEO of Right Track until May 1, 2000. Right Track was purchased by Altera, and became part of the Altera Toronto Technology Centre, where Rose was Senior Director until April 30, 2003. His group at Altera Toronto shared responsibility for the development of the architecture for the Altera Stratix, Stratix II, Stratix GX and Cyclone FPGAs. His group was also responsible for placement, routing, delay annotation software and benchmarking for these devices, and for the placement and routing software for the Altera Apex 20K and Flex 10K FPGAs. From May 1, 2003 to April 30, 2004 Rose held the part-time position of Senior Research Scientist at Altera Toronto. He has worked for Bell-Northern Research and a number of FPGA companies on a consulting basis. He served as Chair of the Edward S. Rogers Sr. Department of Electrical and Computer Engineering from January 2004 through June 2009. He is the co-founder of the ACM FPGA Symposium . A paper co-authored with Steve Brown won a distinguished paper award at the 1990 ICCAD Conference. A paper co-authored with Alex Rodionov was awarded as the Best Paper of the ACM TRETS journal for 2016. He has won a number of departmental teaching awards, and is the recipient of two Engineering Faculty Teaching awards, and the University of Toronto Faculty Award for excellence in teaching and research. In 2015 he won the Medical for Distinction in Engineering from Engineers Canada. In 2016 he given a Presidential Teaching Award for Teaching Excellence at the University of Toronto, and was awarded an Ontario Confederation of Faculty Association excellence in teaching award. He is a Senior Fellow of Massey College in the University of Toronto, a Fellow of the IEEE, a Fellow of the ACM, a Fellow of the Canadian Academy of Engineering, a Foreign Member of the American National Academy of Engineering, and a Fellow of the Royal Society of Canada. His research has previously dealt with all aspects of FPGAs including their architecture, Computer-Aided Design (CAD), Field-Programmable Systems, and Soft Processors. His more recent research effforts have been in the area of The Automation of Medicine.
Research Interests