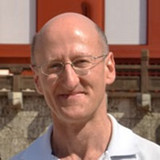 Experience
Sign in to view more
Education
Sign in to view more
Bio
Professor Jonathon Pines is Professor of Cell Division at The Institute of Cancer Research. He moved to the ICR in 2015 to take up the position of Head of the Division of Cancer Biology. Professor Pines’s research is focused on understanding how cells divide, in particular how the machinery that controls mitosis is regulated in space and time. During his PhD, under the supervision of Sir Tim Hunt, he was the first to clone cyclin B – a critical protein for regulating the cycle of cell growth and division. His work led towards the identification of cyclins in all other eukaryotes. Professor Pines carried out postdoctoral work in Professor Tony Hunter’s group at the Salk Institute in La Jolla, California. Here he cloned the first human cyclins and began to map their interactions with other proteins involved in regulating the cell cycle. After completing his postdoctoral training, he set up his own laboratory at the University of Cambridge, continuing his investigation into how cells regulate growth and division. His research focus shifted to assess the importance of the spatial regulation of cell cycle machinery and he pioneered assays to follow the dynamic changes in protein localisation in living cells using fluorescent proteins. These assays also proved powerful ways to measure the destruction of key cell cycle regulators during the cell cycle, allowing his team to determine how cell division is coordinated by proteolysis. Professor Pines’s research has recently been examining how the spindle assembly checkpoint controls the destruction of cell cycle regulators to ensure the two daughter cells receive an equal and identical set of chromosomes when a cell divides. This equal segregation of chromosomes is essential to make sure cells remain genomically stable – and when the process goes wrong it can lead to the development of cancer. In 2016, Professor Pine's outstanding contributions to the field of cell division were recognised with his election as a Fellow to The Royal Society.
Research Interests