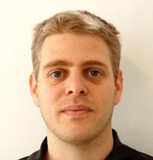 Show Academic Trajectory
Ego Network
D-Core
Research Interests
Author Statistics
Experience
Sign in to view more
Education
Sign in to view more
Bio
Dr. Keshet received his B.Sc. and M.Sc. degrees in Electrical Engineering in 1994 and 2002, respectively, from Tel Aviv University. He received his Ph.D. in Computer Science from The School of Computer Science and Engineering at The Hebrew University of Jerusalem in 2007. From 1995 to 2002 he was a researcher at IDF, and won the prestigious Israeli award, “Israel Defense Prize??, for outstanding research and development achievements. From 2007 to 2009 he was a post-doctoral researcher at IDIAP Research Institute in Switzerland. Dr. Keshet's research interests are in speech and language processing, with a particular interest in speech recognition. His current research focuses on the design, analysis and implementation of machine learning algorithms for the domain of speech and language processing.