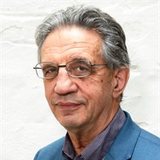 Experience
Sign in to view more
Education
Sign in to view more
Bio
He is a Fellow of the British Academy, a Founding Academician of the Academy of Social Sciences, and an Honorary Fellow of the Faculty of Public Health Medicine. He was a Trustee of the Kings Fund from 2007 to 2016. In 2006 he was awarded an honorary doctorate (DLitt) by the University of Sussex. In 2012 he was awarded the Eupolis Prize for Public Policy by the Eupolis Institute, Milan, and his submission for the Wolfson economics prize received 'a special category' prize. He has been listed as one of the Guardian's and Prospect's top British public intellectuals, the ESRC’s Heroes of Dissemination, the Evening Standard's most influential people in London, and the Local Government Chronicle's most influential people in local government.
From 2003 to 2005 he was seconded to No 10 Downing St to serve as Senior Policy Adviser to the Prime Minister. In 2007 he was Chairman of the Social Work Practices Working Group for the UK Department for Children, Families and Schools. From 2007 to 2009 he was Chair of Health England: the National Reference Group for Health and Well Being for the UK Department of Health. From 2011 to 2013 he was Chair of the UK Cabinet Office's Mutuals TaskForce. In 2013 and 2014 he was the Chair of the Panels reviewing Doncaster's and Birmingham's Children's Services for the Department for Education and wrote the Panels' reports.
As well as these positions, he has acted as an adviser to the President of the European Commission, the World Bank, the World Health Organisation, the OECD, HM Treasury, the UK Department of Work and Pensions and the BBC. He has been Vice-Chairman of a major teaching hospital, a Commissioner on the Commission for Health Improvement, and a non-executive director of several health authorities. He has served on many National Health Service working parties, on several think-tank commissions and on two grants boards for the Economic and Social Research Council.
He is one of the principal architect of the UK’s public service reforms, empowering users and introducing contestability into health care and education. His other policy innovations include the Pupil Premium for the less well-off and for looked after children, now government policy; the Social Work Practices established by the Department for Education and the Department of Health; Patient Budgets piloted by the Department of Health; the Partnership Scheme for funding long term care endorsed by the 2005 Wanless Report Securing Good Care for Older People; and the Child Trust Fund, government policy from 2002-2010.
Research Interests