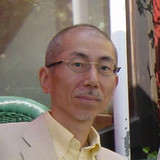 Show Academic Trajectory
Ego Network
D-Core
Research Interests
Author Statistics
Experience
Sign in to view more
Education
Sign in to view more
Bio
Keiichi Tokuda received the B.E. degree in electrical and electronic engineering from Nagoya Institute of Technology, Nagoya, Japan, the M.E. and Dr.Eng. degrees in information processing from the Tokyo Institute of Technology, Tokyo, Japan, in 1984, 1986, and 1989, respectively. From 1989 to 1996 he was a Research Associate at the Department of Electronic and Electric Engineering, Tokyo Institute of Technology. From 1996 to 2004 he was a Associate Professor at the Department of Computer Science, Nagoya Institute of Technology as Associate Professor, and now he is a Professor at the same institute. He is also an Honorary Professor at the University of Edinburgh. He was an Invited Researcher at ATR Spoken Language Translation Research Laboratories, Japan from 2000 to 2013 and was a Visiting Researcher at Carnegie Mellon University from 2001 to 2002. He published over 80 journal papers and over 190 conference papers, and received six paper awards and two achievement awards. He was a member of the Speech Technical Committee of the IEEE Signal Processing Society from 2000 to 2003, a member of ISCA Advisory Council and an associate editor of IEEE Transactions on Audio, Speech & Language Processing, and acts as organizer and reviewer for many major speech conferences, workshops and journals. He is a IEEE Fellow and ISCA Fellow. His research interests include speech speech coding, speech synthesis and recognition, and statistical machine learning.