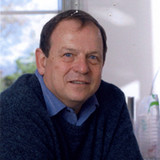 Department of Earth Sciences College of Letters, Arts and Sciences, University of Southern California
关注
立即认领
分享
基本信息
浏览量：448
个人简介
AREAS OF RESEARCH: Biogeochemistry of Manganese and Iron: For several years we have been studying the laboratory and field activities of bacteria that oxidize and reduce metals, primarily manganese and iron. Past studies involved the development of methods to measure metal oxidation rates in the field, and the characterization of Mn and Fe oxidizing bacteria from a variety of marine and freshwater environments. Recent studies have involved the development of methods to measure the reduction of Mn and iron oxides by bacteria, and the relationship of these processes to other anaerobic processes in sediments. During this work, we described for the first time bacteria that grow anaerobically by coupling the oxidation of carbon to the reduction of iron and manganese oxides. These bacteria represent a new and novel metabolic group, which have been shown to couple their metabolism of metals to the extrusion of protons. They will be a major focal point of study for the near future.
研究兴趣