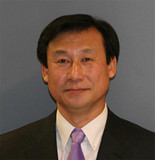 Experience
Sign in to view more
Education
Sign in to view more
Bio
Kinam Park received his Ph.D. degree in pharmaceutics from University of Wisconsin in 1983. After a postdoctoral training at the Department of Chemical Engineering of the same university for 2 years, he joined the faculty of the Purdue University in 1986 and promoted to Full Professor of Pharmaceutics in 1994. Since 1998, he has had the joint appointment in Department of Biomedical Engineering, and became Showalter Distinguished Professor of Biomedical Engineering in 2006. He is the Editor-in-Chief of the Journal of Controlled Release, and a member of the editorial boards of 16 journals. He received NIH New Investigator Research Award (1986), Young Investigator Award from the Controlled Release Society (1992), CRS-Merck Award for the Outstanding Paper in the Ag/Vet field (1997), Scholar of Industrial Pharmacy of Purdue University (1999), Clemson Award (the Basic Research Category) from the Society for Biomaterials (2001), Research Achievement Award in Pharmaceutics and Drug Delivery Section from AAPS (2001), CRS-NanoSystems Outstanding Pharmaceutical Paper Award (2004), Founders Award from the Controlled Release Society (2004), and Sigma Xi Research Award of Purdue Chapter (2009). He became a fellow of the American Association for Pharmaceutical Scientists in 1993, of the American Institute for Medical and Biological Engineering in 1996, and of the Biomaterials Science and Engineering of the Society for Biomaterials in 2000. He also served as a member of the ACS Books Advisory Board, of the Advisory Panel on Excipients of the United States Pharmacopeia, and of the NIH Study Sections (Pharmacology and Bioengineering, Technology and Surgical Sciences). His research has been focused on the use of various polymers and hydrogels for controlled drug delivery. His current research includes homogeneous nano/microparticles using nanofabrication, hydrotropic polymeric micelles, superporous hydrogels, fast melting tablet formulations, and drug-eluting stents. He has published more than 200 peer-reviewed papers, 70 book chapters, and presented 190 abstracts at national and international meetings. He has also made more than 200 invited lectures throughout the world. He co-authored and co-edited 7 books in the area of controlled drug delivery, and edited special journal issues in the area of protein- and cell-repellent surfaces and in the area of hydrogels. He has trained more than 80 Ph.D. graduate students, postdoctoral fellows and visiting scientists. He founded Akina, Inc. specializing in drug delivery technologies in 2001.
Research Interests