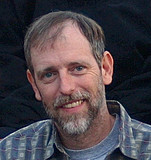 Show Academic Trajectory
Ego Network
D-Core
Research Interests
Author Statistics
Experience
Sign in to view more
Education
Sign in to view more
Bio
Kurt Fleischer is currently a Senior Scientist in the Research Group at Pixar. Kurt got his start in Computer Graphics at Brown University, studying with Professor Andy van Dam, and later received an M.S. from Stanford and a Ph.D. from Caltech working with Professor Alan Barr. In the 1980s, when Computer Graphics was young, Kurt worked at the Schlumberger Palo Alto Research Lab and was part of the team that pioneered early work in constraint-based systems and CG cloth. A member of Pixar since 1995, Kurt has alternated between building software and working directly on the films as a TD, most recently with stints on Cars and WALL-E. He contributed significantly to Pixar's lighting and animation tools, and has recently worked on inverse kinematics, non-photorealistic rendering, and novel UI. He cherishes recognition he received at Pixar as a "Tools Superhero" for his early work on the Pixar animation system used to create A Bug's Life, Monsters, Inc., etc. When he's not at work, Kurt enjoys mentoring kids who want to make things. He and his kids are enthusiastic participants in Maker programs (piedmontmakers.org). Research interests: Anything that makes it easier to make our films, currently looking at sketch-based interfaces so artists can stay focused on the art, not the technology.