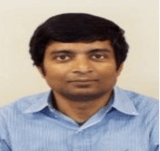 Show Academic Trajectory
Ego Network
D-Core
Research Interests
Author Statistics
Experience
Sign in to view more
Education
Sign in to view more
Bio
Dr. Khan is an international leader in Big Data Analytics (BDA), a key aspect of data science. He has been instrumental in educating the students in BDA at UTD, for several years. He was also successful in writing multiple proposals to NSF and getting funding for experimental research and introduced his BDA students to research projects. His BDA class has often had enrollments of around 130 and is extremely popular. He has also developed a BDA framework and collaborates with faculty at EPPS (e.g., Profs. Jennifer Holmes and Patrick Brandt) and shares his framework with them for their applications in political science. Together with EPPS professors as well as through other collaborations (e.g., UIUC, U of MN) he has brought in millions of dollars in federal funding in this area. He is known worldwide as the Data Science person at UTD by eminent researchers and I believe he will continue to play this role.

Dr. Khan is currently a full Professor (tenured) in the Computer Science department at the University of Texas at Dallas where he has been teaching and conducting research since September 2000. He received his Ph.D. and M.S. degrees in Computer Science from the University of Southern California in August of 2000, and December of 1996 respectively.