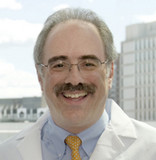 Department of Stem Cell & Regenerative Biology Harvard University/Stem Cell Program and Division of Hematology/Oncology, Boston Children’s Hospital, Harvard Stem Cell Institute, Howard Hughes Medical Institute and Harvard Medical School
关注
立即认领
分享
关注
立即认领
分享
基本信息
浏览量：309
个人简介
Dr. Leonard Zon is the founder and director of the Stem Cell Program at Boston Children’s Hospital and the first incumbent of the newly established Grousbeck Professor of Pediatrics Chair at Children’s. An internationally renowned pediatrician and researcher specializing in blood diseases, Dr. Zon is also a Howard Hughes Medical Institute Investigator, an AAAS Fellow, founder and past President of the International Society for Stem Cell Research (ISSCR), and Chair of the Harvard Stem Cell Institute’s Executive Committee. In October, 2005, Dr. Zon was elected to membership in the Institute of Medicine, one of the highest honors in the fields of medicine and health. As a practicing pediatrician, Dr. Zon has been involved in many battles fought by physicians, researchers, parents, and small children against an enemy disease; he has experienced the pain and deep frustration of losing some of these young patients because science had not yet found a way to deliver the help they needed. When human ES cells were first isolated and grown in a laboratory in 1998, Dr. Zon recognized their potential as a source of hope for his own and so many other young patients. He has since gained international recognition for his pioneering research in the fields of stem cell biology and cancer genetics. Dr. Zon’s current research focuses on two avenues of investigation: the identification of the specific genes and drugs that specialized blood or organ cells, and the development of genetic or chemical suppressors to cure cancers and many other diseases attacking children.
研究兴趣