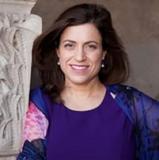 Show Academic Trajectory
Ego Network
D-Core
Research Interests
Author Statistics
Experience
Sign in to view more
Education
Sign in to view more
Bio
Leysia Palen is Professor of Computer Science, and Professor and Founding Chair of the newly established Department of Information Science at the University of Colorado Boulder, USA. In 2016, she was elected to the ACM CHI Academy.

She is a faculty fellow with the ATLAS Institute and the Institute of Cognitive Science. From 2012-2017, Palen was Full Adjunct Professor at the University of Agder in Norway.

Prof. Palen is a leader in the area of crisis informatics, an area she forged with her graduate students and colleagues at Colorado. She brings her training in human-computer interaction (HCI), computer-supported cooperative work and social computing to bear on understanding and advancing socio-technical issues of societal import. She conducts empirical research in the interpretivist tradition. However, in the advancing arena of large-scale on-line interaction (the "big data" of crisis response), she adapts quantitative techniques that then allow the application of qualitative methods and the "ethnographic eye" to closely observe and describe social structures in such technology-mediated situations. For this work, Prof. Palen has been given the 2015 ACM Computer Human Interaction Social Impact Award.