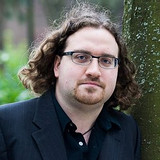 Zynga
关注
立即认领
分享
基本信息
浏览量：8
个人简介
Luke Dicken is a Senior Data Scientist at Zynga Inc, as well as the first person outside of North America to sit on the Board of Directors for the International Game Developers Association and Chair of the IGDA Foundation, a charity for game developers, by game developers. He holds degrees in computer science, artificial intelligence and bioinformatics and is currently waiting to defend a PhD thesis focused on AI for games. Luke has written a range of articles and given sessions at conferences around the world, as well collaborating on a number of game projects. Luke has been passionate about AI since playing “Creatures” as a teenager, and currently chairs the IGDA’s Special Interest Group on AI as well as being a member of the AI Game Programmers Guild. He was named as one of Develop magazine’s “30 Under 30” for 2013, but hasn’t yet found a subtle way to work that into a bio. Specialties: Artificial Intelligence and Games, Technical Writing
研究兴趣