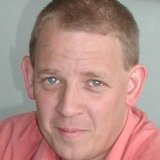 Show Academic Trajectory
Ego Network
D-Core
Research Interests
Author Statistics
Experience
Sign in to view more
Education
Sign in to view more
Bio
I have joined the Qatar Computing Research Institute (QCRI) on the 31st of August 2014 to help build there a large cybersecurity research team. Contact me if you want to know more about this growing team! We are hiring! Before that, since April 1st 2008, I was a Senior Director within Symantec Research Labs, based in Sophia Antipolis, France, with a 2 years period spent in the USA, in the Symantec offices in Culver City (CA) between July 2011 and July 2013. During these years, I had the pleasure to supervise three great teams, two in Europe (Dublin, Ireland, and Sophia Antipolis, France) and one in the USA (Herndon, Virginia). From July 2002 until March 2008, I was a professor at the Eurecom Institute (www.eurecom.fr) in France. My research there was mostly devoted to the analysis of Internet threats, thanks to a worldwide distributed system of honeypots (www.leurrecom.org) which I have created in 2003. Before joining Eurecom, I have worked for almost seven years at IBM Research in Zurich, as the manager of the Global Security Analysis Lab. I have founded in 1998, with Kathleen Jackson, the RAID symposium (Recent Advances on Intrusion Detection, www.raid-symposium.org, now renamed Research in Intrusions, Attacks and Defenses). See my google scholar page for more information on my publications (http://scholar.google.fr/citations?user=V62JMEYAAAAJ&hl=en) My research interests lie in the field of computer security in general and Internet threats discovery and analysis in particular. Specialties: Computer security, intrusion detection, forensic analysis, intrusion tolerant systems, dependability