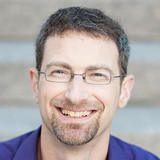 Before joining Google, Fernanda and I founded Flowing Media, Inc., a visualization studio focused on media and consumer-oriented projects. Prior to Flowing Media, we led IBM’s Visual Communication Lab, which created the ground-breaking public visualization platform Many Eyes. I came to IBM from Dow Jones, where I was the Director of Research and Development at SmartMoney.com. My work there included some of the earliest pieces of interactive journalism.

I'm known for visualization-based artwork, which has been exhibited in venues such as the London Institute of Contemporary Arts, the Whitney Museum of American Art, and the New York Museum of Modern Art.

I have a Ph.D. in mathematics from U.C. Berkeley, focusing on dynamical systems.