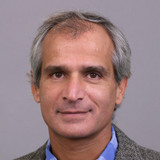 Show Academic Trajectory
Ego Network
D-Core
Research Interests
Author Statistics
Experience
Sign in to view more
Education
Sign in to view more
Bio
I grew up in Paris (France) and attended Ecole Polytechnique, later Ecole Normale Superieure (ENS Ulm) and University of Paris 7 for my Masters and Ph.D. I am a Professor of Computer Science and Mathematics at the Courant Institute of Mathematical Sciences and a Research Consultant at Google (since 2004). Prior to these positions, I served as a Department Head and a Technology Leader at AT&T Labs-Research, earlier AT&T Bell Labs (since 1994), where I worked and supervised research in several areas including text and speech processing, machine learning, and algorithms. I taught for about a year after my Ph.D. at both Ecole Polytechnique and the University of Paris 7 as an Assistant Professor and have held visiting professorship positions at several institutions, including Google Research, Ecole Normale Superieure (ENS Ulm), and Institut des Hautes Etudes Scientifiques (IHES). My research interests cover a number of different areas: machine learning, algorithms and theory, automata theory, speech processing, natural language processing, computational biology, and the design of general-purpose software libraries. I have extensively published conference and journal papers in all of these areas. My research in learning theory and algorithms has been used in a variety of applications. My work on automata theory and algorithms has served as the foundation for several applications in language processing, with several of my algorithms used in virtually all spoken-dialog and speech recognitions systems used in the United States. I have also co-authored several software libraries widely used in research and academic labs. I have contributed to the organization of numerous conferences and workshops, including as co-chair for COLT 2010. I am on the Editorial or advisory boards of several journals including the Journal of Machine Learning Research, Machine Learning journal, and the Journal of Automata, Languages and Combinatorics. I am co-author of the machine learning textbook Foundations of Machine Learning used in graduate courses on machine learning in several universities and corporate research laboratories.