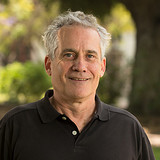 Experience
Sign in to view more
Education
Sign in to view more
Bio
Michael Hogg is professor of social psychology and chair of the Social Psychology program. He is a social psychologist whose research focuses on self and identity, group processes and intergroup relations, and influence and leadership and is closely associated with social identity theory. He has conducted research on influence and leadership; group formation, solidarity and cohesion; group structure and processes of marginalization and deviance; attitudes, norms and behavior; communication, language and identity; and group and identity motivations. Hogg directs the Social Identity Lab, a center for basic social psychological research on group processes, intergroup relations, and the self-concept. He is also foundation editor-in-chief of Group Processes and Intergroup Relations, an associate editor of The Leadership Quarterly, and a past associate editor of the Journal of Experimental Social Psychology.
His current research programs focus on identity and leadership processes in public and small group contexts and on the role of social identity in translating uncertainty into orthodoxy and societal extremism. Hogg has published about 360 articles, chapters, and books on these and other topics in social psychology. His published work has attracted approximately 76,000 citations (h-index 114, i10-index 238). In August 2010 the Personality and Social Psychology Bulletin ranked Hogg the ninth-most influential social psychologist.
Research Interests