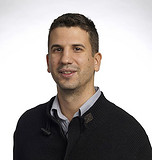 Show Academic Trajectory
Ego Network
D-Core
Research Interests
Author Statistics
Experience
Sign in to view more
Education
Sign in to view more
Bio
Michail (Michalis) Matthaiou was born in Thessaloniki, Greece in 1981. He obtained the Diploma degree (5 years) in Electrical and Computer Engineering from the Aristotle University of Thessaloniki, Greece in 2004. He then received the M.Sc. (with distinction) in Communication Systems and Signal Processing from the University of Bristol, U.K. and Ph.D. degrees from the University of Edinburgh, U.K. in 2005 and 2008, respectively. From September 2008 through May 2010, he was with the Institute for Circuit Theory and Signal Processing, Munich University of Technology (TUM), Germany working as a Postdoctoral Research Associate. He is currently a Reader (equivalent to Associate Professor) in Multiple-Antenna Systems at ECIT Institute, Queen’s University Belfast, U.K. after holding an Assistant Professor position at Chalmers University of Technology, Sweden. He has also held research visiting appointments at the University of Wisconsin-Madison, U.S.A., Linköping University, Sweden and Southeast University, China. His research interests span signal processing for wireless communications, massive MIMO systems, hardware-constrained communications, mm-wave systems and deep learning for communications. He has published in excess of 180 papers on these topics, including some 75 IEEE journal papers.
Dr. Matthaiou and his coauthors received the IEEE Communications Society (ComSoc) Leonard G. Abraham Prize in 2017. He was awarded the prestigious 2018/2019 Royal Academy of Engineering/The Leverhulme Trust Senior Research Fellowship and recently received the 2019 EURASIP Early Career Award. His team was also the Grand Winner of the 2019 Mobile World Congress Challenge. He was the recipient of the 2011 IEEE ComSoc Best Young Researcher Award for the Europe, Middle East and Africa Region and a co-recipient of the 2006 IEEE Communications Chapter Project Prize for the best M.Sc. dissertation in the area of communications. He has co-authored papers that received best paper awards at the 2018 IEEE WCSP and 2014 IEEE ICC and was an Exemplary Reviewer for IEEE Communications Letters for 2010. In 2014, he received the Research Fund for International Young Scientists from the National Natural Science Foundation of China. He has been a member of Technical Program Committees for several IEEE conferences such as ICC, GLOBECOM, WCNC etc. He is currently the Editor-in-Chief of Elsevier Physical Communication. In the past, he was an Associate Editor for the IEEE Transactions on Communications, Associate Editor/Senior Editor for IEEE Communications Letters and was the Lead Guest Editor of the special issue on ''Large-scale multiple antenna wireless systems'' of the IEEE Journal on Selected Areas in Communications. He is a Senior IEEE member.