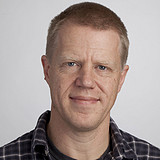 Experience
Sign in to view more
Education
Sign in to view more
Bio
Mikkel Thorup is a Fellow of the ACM, a Fellow of AT&T, and a Member of the Royal Danish Academy of Sciences and Letters. He is co-winner of the 2011 MAA Robbins Award in mathematics and winner of the 2015 Villum Kann Rasmussen Award for Technical and Scientific Research, which is Denmark's biggest individual prize for research. His main work is in algorithms and data structures, where he has worked on both upper and lower bounds. Recently one of his main focusses has been on hash functions unifying theory and practice. Mikkel prefers to seek his mathematical inspiration in nature, combining the quest with his hobbies of bird watching and mushroom picking.
Research Interests