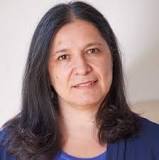 Show Academic Trajectory
Ego Network
D-Core
Research Interests
Author Statistics
Experience
Sign in to view more
Education
Sign in to view more
Bio
Natasha Noy is a Russian-born American computer scientist who works at Google Research in Mountain View, CA. She is best known for her work with the Protégé ontology editor and the Prompt alignment tool, for which she and co-author Mark Musen won the classic paper award from AAAI in 2018. Noy served as president of the Semantic Web Sciences Association from 2012–2017, and her Ontology 101 Tutorial is one of the most cited and downloaded documents in the semantic web.