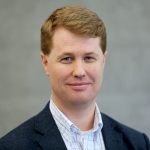 Institute for Systems Biology/Paul G. Allen School of Computer Science & Engineering University of Washington
关注
立即认领
分享
基本信息
浏览量：936
个人简介
Dr. Nathan Price is Professor & Associate Director of the Institute for Systems Biology where he co-directs with Lee Hood the Hood-Price Integrated Lab for Systems Biomedicine. He is also affiliate faculty at the University of Washington in the Departments of Bioengineering, Computer Science & Engineering, and Molecular & Cellular Biology. In 2019, he was selected by the National Academy of Medicine as one of 10 Emerging Leaders in Health and Medicine (ELHM) Scholars.
Dr. Price co-founded Arivale, a scientific wellness company that was named as Geekwire’s 2016 startup of the year. He is also Co-Founder & Chief Science Officer of Consilience, a 2019 AI startup focused on the learning healthcare system. Dr. Price is a member of the Board of Trustees of the Health and Environmental Sciences Institute (HESI) and on the Board of Advisors for the American Cancer Society (WA). He is also the chair of the NIH study section on Modeling and Analysis of Biological Systems (MABS).
Dr. Price has won numerous awards for his work, including an American Cancer Society Postdoctoral Fellowship, a Howard Temin Pathway to Independence Award from the National Institutes of Health (NIH), a National Science Foundation (NSF) CAREER award, a young investigator award from the Roy J. Carver Charitable Trust, and being named as one of the inaugural “Tomorrow’s PIs” by Genome Technology. He was also named as a Camille Dreyfus Teacher-Scholar, received the 2016 Grace A. Goldsmith Award for his work pioneering scientific wellness, and in 2019 was selected as one of 10 Emerging Leaders in Health and Medicine by the National Academy of Medicine.
研究兴趣