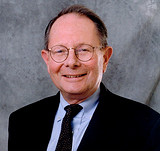 Experience
Sign in to view more
Education
Sign in to view more
Bio
Nathan W. Levin is a U.S. American physician and founder of the Renal Research Institute, LLC., a research institute dedicated to improving the outcomes of patients with kidney disease, particularly those requiring dialysis. Dr. Levin is one of the most prominent and renowned figures in clinical nephrology as well as nephrology research. He has authored multiple book chapters and over 350 peer-reviewed publications, including articles in leading journals such as Nature, the New England Journal of Medicine, and The Lancet. Nathan W. Levin received his medical degree from the University of the Witwatersrand in Johannesburg, South Africa. After his graduation he was a post-doctoral fellow at the College of Physicians of South Africa and later became a diplomat of the American Board of Internal Medicine and a fellow of the American College of Physicians. In 1974, upon training at the General Hospital in Johannesburg and the Presbyterian St. Luke's Hospital in Chicago, Illinois, he received his subspecialty diploma from the Board of Nephrology. During his medical career he held academic appointments at the Northwestern University Medical School in Chicago, the University of Michigan in Ann Arbor, the Mount Sinai School of Medicine in New York City, and the Albert Einstein College of Medicine in New York City. In 2005, Dr. Levin was appointed Medical Director of the Survey & Certification Group for the Centers for Medicare and Medicaid Services (CMS). His hospital appointments include Chief of the Renal Section at the V.A. Hospital in Chicago, Head of the Division of Nephrology and Hypertension at Henry Ford Hospital in Detroit, and Chief of the Division of Nephrology and Hypertension at Beth Israel Medical Center in New York City. He has held prominent positions in many professional societies, including President of the Michigan End-Stage Renal Disease (ESRD) Network, President of the Renal Physicians Association (RPA), and President of the RPA Research and Education Foundation. He was Co-Chairman of the AAMI Hemodialysis Reuse Committee and the National Kidney Foundation–Kidney Disease Outcomes Quality Initiative (NKF–KDOQI), member of the Clinical Practice Committee of the American Society of Nephrology, member of the International Society of Nephrology’s Membership Committee, member of the Council for the International Society of Renal Nutrition and Metabolism (ISRNM), and member of the American Diabetes Association. Dr. Levin was recently awarded the Belding Scribner Trailblazer Award, the Distinguished Nephrology Service Award of the RPA, the AAKP Medal of Excellence, the Fresenius Lifetime Achievement Award, the AAMI Recognition Award, the Garabed Eknoyan Award of the National Kidney Foundation and the Recognition Award for his role as Co-Chairman of the DOQI Advisory Council. Among Dr. Levin’s most prominent scientific projects are his role as one of the Principal Investigators of the HEMO study and his role as investigator in the CHOICE Study. The HEMO study was a randomized, controlled, multicenter trial which studied the effects of the dose of dialysis and the level of flux of the dialyzer membrane on mortality and morbidity among 1846 patients undergoing maintenance hemodialysis. The CHOICE (Choices for Healthy Outcomes in Caring for ESRD) Study investigated the relationships between dialysis modality (peritoneal dialysis versus hemodialysis) and patient survival. Furthermore, Dr. Levin is one of the Principal Investigators of the Frequent Hemodialysis Network (FHN) Study which investigates the effects of daily (six-times weekly) in-center hemodialysis versus conventional three-times weekly hemodialysis with respect to morbidity, mortality and quality of life. In 1997 Nathan W. Levin founded the Renal Research Institute in New York City, NY, USA. This institute is a joint venture between Fresenius Medical Care North America and Beth Israel Medical Center. It is an administratively distinct institution and a collaborative effort among a selected group of dialysis facilities with strong ties to academic research institutions. Renal Research Institute trains Research Fellows from countries all around the world in kidney disease-related clinical research.
Research Interests