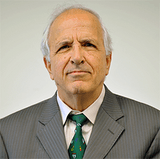 Earth Engineering Center Columbia University
关注
立即认领
分享
关注
立即认领
分享
基本信息
浏览量：31
个人简介
Dr. Themelis obtained his B. Eng. (British Association Medal for Great Distinction) and Ph.D. degrees from McGill University (Montreal, Canada) in chemical engineering. In the first part of his career, he was Director of the Engineering Division of the Noranda Research Center in Pointe Claire where he invented and helped build the first continuous smelting and converting process, the Noranda Process. This process eliminated the use of fossil fuels in copper smelting and provided for the capture of sulphur dioxide for the manufacture of sulphuric acid. The prototype plant at Noranda, Quebec is still producing copper from copper concentrates and also recovers precious metals from over 50,000 tons of used electronics. Since its inception, the Noranda process has reduced sulphur emissions from copper smelting by millions of tons. Before joining Columbia, he was Vice President of Technology of Kennecott Corp., the major no-ferrous company at that time. He was appointed as Professor by Columbia University (New York City, U.S.A.) in 1980 and was elected to Stanley-Thompson Chair of Chemical Metallurgy in 1988. He was chairman of the Henry Krumb School of Mines and founded Columbia’s Earth Engineering Center in 1996. In 1995, he introduced at Columbia University the teaching of industrial ecology and in 1997 led the transformation of the historic School of Mines to the new engineering discipline of Earth and Environmental Engineering and was first chairman of the new Department.
研究兴趣