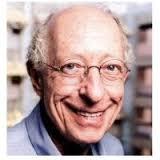 Show Academic Trajectory
Ego Network
D-Core
Research Interests
Author Statistics
Experience
Sign in to view more
Education
Sign in to view more
Bio
He is a Professor Emeritus at the Department of Computer Science of the Federal University of Minas Gerais (UFMG) and Chair of the Technology Board of Kunumi.

At UFMG he coordinates the Laboratory for Treating Information (LATIN). He is a member of the Brazilian Academy of Sciences and of the National Order of the Scientific Merit in the class Comendador.

He received the Scientific Merit Award from the Brazilian Computer Science Society in 2011, the Friend of Science, Friend of FAPEMIG Award from FAPEMIG in 2016, and the Good Example in Innovation Award from FIEMG, Dom Cabral Foundation, O Tempo and Globo Minas in 2017.

He is the author of two books in the area of algorithm design and has co-authored over 150 refereed paper in the areas of algorithm design and information retrieval, the latter his primary area of research. He was General Co-Chair of the 28th ACM SIGIR Conference on Research and Development in Information Retrieval and co-founder of the International Conference on String Processing and Information Retrieval (SPIRE).