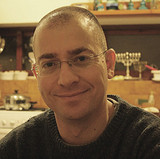 Show Academic Trajectory
Ego Network
D-Core
Research Interests
Author Statistics
Experience
Sign in to view more
Education
Sign in to view more
Bio
I joined Tel Aviv University in October 2012. From October 2010 until October 2012 I was a Royal Academy of Engineering/EPSRC Research Fellow at the School of Electronic Engineering and Computer Science at Queen Mary, University of London, and prior to that I was a post-doctoral research associate in Peter O'Hearn's Separation Logic and Local Reasoning group at Queen Mary. I did my doctoral studies the Computer Science Department of Tel Aviv University, where I was supervised by Prof. Mooly Sagiv. Before my doctoral studies, I worked for a few years in IBM Haifa Research Laboratory on secure distributed storage systems as a research staff member in the Object Store project.