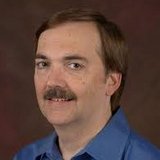 Google
关注
立即认领
分享
基本信息
浏览量：959
个人简介
He currently serves on the research highlights editorial board of Communications of the ACM. Norm holds more than 75 U.S. patents, with one Compaq Key Patent award. He has published over 125 technical papers, with several best paper awards and two International Symposium on Computer Architecture (ISCA) Influential Paper Awards. In 2013, he received the ACM SIGARCH Distinguished Service Award. He is a Fellow of the ACM and the IEEE, and a member of the National Academy of Engineering.
研究兴趣