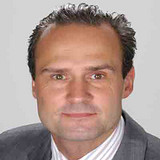 The Gires lab focuses on molecular aspects of carcinogenesis with the aim to improve current therapeutic strategies, thereby concentrating on the elucidation of the function of cancer and cancer stem cell markers such as EpCAM and CD133. Epithelial Cell Adhesion Molecule (EpCAM) is highly over-expressed on a variety of carcinomas and on cancer stem cells. Dr. Gires and his group recently showed that EpCAM is not only an inert cell adhesion molecule, but rather a signalling receptor, which is activated upon regulated intramembrane proteolysis. The intracellular domain (EpICD) translocates into the nucleus in a complex with adaptor proteins and b-catenin, to bind Lef1, contact DNA, and regulate gene transcription. Hence, inhibition of EpCAM cleavage is a novel therapeutic possibility to be assessed in vitro and in vivo. Proteases involved in EpCAM proteolysis have been identified as TACE and a γ-secretase complex comprising presenilin 2. Pharmacological inhibition of both proteases strongly reduced EpCAM´s cleavage, activation of target genes, and impaired its oncogenic potential.

The Gires lab will follow up on the following scientific questions:

Molecular composition of the EpCAM signalling complex at the plasma membrane and in the nucleus, and nature of target promotors of EpICD.