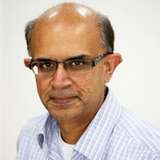 Experience
Sign in to view more
Education
Sign in to view more
Bio
Omer Rana is Professor of Performance Engineering at Cardiff School of Computer Science & Informatics. He was formerly the deputy director of the Welsh eScience Centre at Cardiff University -- where he had an opportunity to collaborate with a number of scientists working in computational science and engineering. He holds a PhD in "Neural Computing and Parallel Architectures" from Imperial College London. His research interests are in the areas of high performance distributed computing, data mining and analysis and multi-agent systems.
Prior to joining Cardiff University he worked as a software developer with Marshall BioTechnology Limited in London, working on projects with a number of international biotech companies, such as Merck, Hybaid and Amersham International. He has been involved in the Distributed Programming Abstractions and the 3DPAS themes at the UK National eScience Institute. He is an associate editor of the ACM Transactions on Autonomous and Adaptive Systems, IEEE Transactions on Cloud Computing, series co-editor of the book series on "Autonomic Systems" by Birkhauser publishers, and on the editorial boards of "Concurrency and Computation: Practice and Experience" (John Wiley) & Journal of Computational Science (Elsevier).
Professor Rana's research interests span three areas of Computing; Problem Solving Environments (PSEs) for computational science and commercial computing, Data analysis and management for large scale computing, and scalability in high performance agent systems.
Research Interests