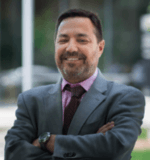 Dr. Bonato serves as Member of the Advisory Board of the IEEE Journal of Biomedical and Health Informatics and as Associate Editor of the IEEE Journal of Translational Engineering in Health and Medicine. He served as Founding Editor-in-Chief of the Journal of NeuroEngineering and Rehabilitation. Dr. Bonato served as an Elected Member of the IEEE Engineering in Medicine and Biology Society (EMBS) AdCom (2007-2010) and currently serves as IEEE EMBS Vice-President for Publications (2013-present). He served as President of the International Society of Electrophysiology and Kinesiology (2008-2010). He also served as Chair of the 33rd Annual International Conference of the IEEE Engineering in Medicine and Biology Society (2011) and as Chair of the IEEE EMBS Technical Committee on Wearable Biomedical Sensors and Systems in 2008, a committee of which he was a founding member in 2006 and on which he served until 2012.