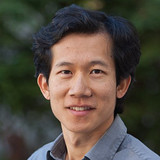 Show Academic Trajectory
Ego Network
D-Core
Research Interests
Author Statistics
Experience
Sign in to view more
Education
Sign in to view more
Bio
My goal is to develop trustworthy systems that can communicate effectively with people and improve over time through interaction. I broadly identify with the machine learning (ICML, NeurIPS) and natural language processing (ACL, NAACL, EMNLP) communities.
Computers can do a lot, but tapping into their full power requires the rather non-trivial ability to program. I'm interested in building systems that learn to translate natural language descriptions (e.g., in English or Chinese) into programs (e.g., in Python or C++). Such systems would unlock the full power of computing to a much wider audience. A while back, I wrote a friendly introduction to natural language interfaces (XRDS magazine 2014) and a slightly more technical survey article on executable semantic parsing (CACM 2016). One idea we've explored is to "naturalize" a programming language gradually into a natural language (ACL 2017). One can also use natural language to describe classifiers directly rather than requiring labeled data (ACL 2018). The tension between the fuzziness of machine learning and the crispness of logic also fascinates me. On this note, we showed that neural networks can solve SAT problems with surprising accuracy despite not being told explicitly what a SAT problem is (ICLR 2019).