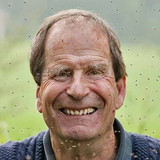 Experience
Sign in to view more
Education
Sign in to view more
Bio
Peter Lawrence undertook his PhD studies with the eminent insect physiologist Vincent Brian Wigglesworth from 1962–1965. Like the biologist Sydney Brenner, Peter believes that genetics is the “master science of biology” and throughout his career has used genetic mosaics to illuminate animal design. From 1969, he performed research in the MRC Laboratory of Molecular Biology in Cambridge. Since his retirement in 2006, he has been supported by the Wellcome Trust and kindly hosted by the Zoology Department, University of Cambridge. Peter has made many contributions, including describing how morphogen gradients drive both pattern and polarity. With Gines Morata, he discovered that homeotic genes build a binary genetic address used to specify the fate of defined groups of cells, or compartments. Peter and Gines also pioneered work on the Wnt genes. Since 1995, Peter has investigated polarity in epithelia, known as planar cell polarity, and made discoveries that have changed the field. He describes himself as an outspoken critic of many aspects of current science practice.
Research Interests