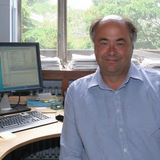 Department of Physiology Anatomy & Genetics, University of Oxford
关注
立即认领
分享
基本信息
浏览量：108
个人简介
My research career has been focussed on understanding integrated systems-level responses – particularly cardiorespiratory and metabolic responses – to hypoxia, to exercise and, more recently, to variations in iron status. After completing my doctorate in physiology and a qualification in clinical medicine, I joined the Department in 1985 where I have worked ever since.
During my early career I developed the technique of dynamic end-tidal forcing, and built upon that research by developing a chamber in which the levels of carbon dioxide and oxygen in the arterial blood could be kept constant in humans for days at a time. This allowed me to study acclimatization to hypoxia, and in particular show that it did not require an associated respiratory alkalosis to develop – thus discrediting an almost century-old hypothesis.
The discovery of hypoxia-inducible factor in the 1990s and the massive advances in genomic technologies in the subsequent decade allowed me to develop new aspects to my research. I described the cardiopulmonary and metabolic phenotype of humans with rare disease of the hypoxia-inducible factor pathway. The tight links identified between hypoxia and iron at the molecular and cellular level led me to discover a major protective effect of iron in hypoxia-induced pulmonary hypertension, and this led in turn to an expansion of my interest in the physiology of iron. Advances in genomics led me to form an international consortium which was the first to identify unambiguously (from a genome-wide analysis) a specific human gene locus that had undergone selection in the Tibetan high-altitude population. Remarkably, this was the gene EPAS1 which codes for the hypoxia-inducible factor, HIF2α.
研究兴趣