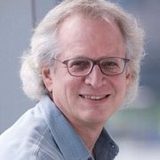 Show Academic Trajectory
Ego Network
D-Core
Research Interests
Author Statistics
Experience
Sign in to view more
Education
Sign in to view more
Bio
I am a member of the Data Management, Exploration and Mining group in Microsoft Research Redmond. I work on various aspects database systems, mostly related to data integration and transaction processing.
Currently, I’m working on a distributed systems programming framework, called Orleans, which was released as open source in January, 2015 and is widely used inside and outside Microsoft. I gave a keynote about it at DISC 2014 (slides). In the last few years, I’ve worked on projects to enrich Orleans to be an “actor-oriented database system”. I described the vision in a keynote at ICDE 2018 (slides). You can read about the following components: indexing (CIDR 2017), geo-distribution (OOPSLA 2017), and transactions (technical report)—all of which are available on GitHub.