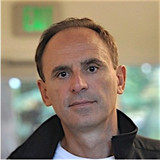 Experience
Sign in to view more
Education
Sign in to view more
Bio
The author of nearly 200 research publications, Madau has worked on a broad range of research areas in theoretical astrophysics and cosmology, including the assembly and evolution of massive black holes, the cosmic history of star formation, the reionization and chemical enrichment of the intergalactic medium, the UV and X-ray backgrounds, the dark and light side of galaxy formation, 21-cm cosmology, and substructure lensing.

Madau’s work has received major recognition. He was awarded the AURA Science Prize in 1994, the von Humboldt Research Prize from the Max Planck Society in 2005, and the Schroedinger Visiting Professorship at the Pauli Center for Theoretical Studies in 2014. Dr. Madau was the Bishop Lecturer at Columbia University (2004), the Raymond and Beverly Sackler Visiting Professor at the Institute of Astronomy, Cambridge (2009), the Arnold Rosenblum Memorial Lecturer at the Hebrew University (2010), the Bruno Rossi Lecturer at the Arcetri Astronomical Observatory (2014). In 2014 he was selected to receive the Dannie Heineman Prize for outstanding work in astrophysics, the premier recognition granted to mid-career astrophysicists by the American Astronomical Society and the American Institute of Physics.
Research Interests