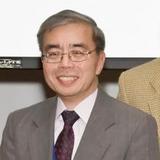 Princeton Plasma Physics Laboratory
关注
立即认领
分享
基本信息
浏览量：322
个人简介
Robert (Bob) Kaita is the head of plasma diagnostic operations and acting head of boundary physics operations for the National Spherical Torus Experiment (NSTX). Kaita is also a co-principal investigator of the Lithium Tokamak Experiment (LTX). He is a Fellow of the American Physical Society and a recipient of the Kaul Foundation Prize for Excellence in Plasma Physics Research. He has supervised the research of many students in the PPPL Program in Plasma Physics in the Department of Astrophysical Sciences at Princeton University.
研究兴趣