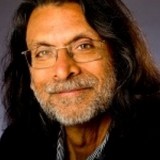 Show Academic Trajectory
Ego Network
D-Core
Research Interests
Author Statistics
Experience
Sign in to view more
Education
Sign in to view more
Bio
Rajiv Kalia is a professor of computer science, chemical engineering, and materials science in the USC Viterbi School of Engineering, and a professor of physics and astronomy in the USC Dornsife College of Letters, Arts, and Sciences. His multidisciplinary research concentrates in the areas of biophysics and materials science. Kalia and his team investigate key biophysical processes and related applications for developing new paths in future drug delivery and gene therapies. This work necessitates creating multi-scale simulations of novel materials and biomedical systems through a combination of density functional, molecular dynamics, and finite element computational schemes. Using HPC resources, Kalia has carried out the largest ever all-atom molecular dynamics simulations—on the order of 10 million atoms—that are capable of visualizing water nanobubbles undergoing shockwave-induced collapse and resulting velocity streamlines formed by the subsequent water nanojets. As these nanojets meet the lipid bilayer, they pry open transient pores on an otherwise impermeable cell membrane, allowing potential drug or gene molecules to pass into the cell’s interior. This research holds strong potential for future drug delivery and gene therapies. At the same time, he and his team are creating models of unprecedented duration to investigate how cholesterol molecules modulate the rigidity of cell membranes and control intracellular transport and signal transduction. Focusing on the molecular mechanisms that underlie the nanomechanical response to deformation in biomembranes has profound implications for biophysical processes such as endo- and exocytosis, or how cells absorb or expel molecules; viral infection and replication through fusion and budding; and intracellular trafficking. These simulations, devised by Kalia and his team, are yielding significant insights that contribute to a better understanding of the forces underlying these functions, such as the fact that cholesterol molecules can move across membranes on sub microsecond timescales. Kalia was a Fellow of the American Physical Society from 2006 to 2007 and has been awarded a Foundation for Fundamental Research on Matter (FOM) Fellowship in the Netherlands; a Sustained Excellence Award in Ultra Dense, Ultra Fast Computing Components from the Defense Advanced Research Projects Agency (DARPA); and a USC Viterbi School of Engineering Senior Research Award.