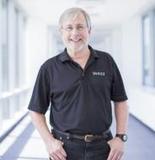 Show Academic Trajectory
Ego Network
D-Core
Research Interests
Author Statistics
ACM_Citations
Experience
Sign in to view more
Education
Sign in to view more
Bio
In 2016, I joined the Cornell Tech campus in New York City as the Director of the Jacobs Technion-Cornell Institute, an innovative academic joint venture between the Technion-Israel Institute of Technology and Cornell University (I am also a Professor in Cornell's Department of Computer Science). The Jacobs Institute is the most experimental part of Cornell Tech, expressly chartered to push the boundaries of academia, to work closely with large industry and startups, to create innovative new programs and startup companies, and to strive for significant real-world impact, especially in New York City. The Institute prides itself in training new kinds of leaders for the digital age - those who understand science, love creating new things, believe in the value of real-world impact, and know how to lead in the 21st Century digital economy. The formal announcement of my appointment was made in late May of 2016.
From April of 2012 until February of 2016, I was the Chief Scientist of Yahoo and the Head of Yahoo Labs. Prior to that, starting in September of 2005, I was the Associate Head of the Labs and essentially its Chief Operating Officer. Yahoo Labs was a worldwide research and applied science organization, with an exceptional team of scientists and research engineers. It included the company's Academic Relations organization, which I founded. Over its history, Yahoo Labs had teams in Sunnyvale and San Francisco, California; New York City; London, England; Haifa, Israel; Barcelona, Spain; Beijing, China; Bangalore, India; and Santiago, Chile. In early 2016, Yahoo corporate management decided to decentralize its research and applied science workforce, assigning its staff to engineering teams across the company. At that point, after an outstanding 10-year history, Yahoo Labs ceased to exist. Yahoo's blog post about the change is here.