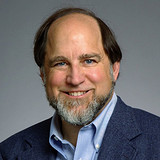 Show Academic Trajectory
Ego Network
D-Core
Research Interests
Author Statistics
ACM_Citations
Experience
Sign in to view more
Education
Sign in to view more
Bio
Professor Rivest is an Institute Professor at MIT. He joined MIT in 1974 as a faculty member in the Department of Electrical Engineering and Computer Science. He is a member of MIT's Computer Science and Artificial Intelligence Laboratory (CSAIL), a member of the lab's Theory of Computation Group and a founder of its Cryptography and Information Security Group. He is a co-author (with Cormen, Leiserson, and Stein) of the text, Introduction to Algorithms. He is also a founder of RSA Data Security, now named RSA Security (the security division of EMC), Verisign, and Peppercoin. Professor Rivest has research interests in cryptography, computer and network security, algorithms, and voting security.