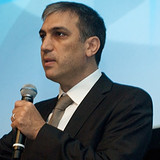 Show Academic Trajectory
Ego Network
D-Core
Research Interests
Author Statistics
Experience
Sign in to view more
Education
Sign in to view more
Bio
Hazem Hajj is an Associate Professor with the American University of Beirut (AUB) and a senior member of IEEE. Over the years, Hazem has established a strong mix of both industry and academics backgrounds. He has over 20 years of experience as a scientist and a technical leader. Hazem joined AUB in 2008, and got promoted to Associate Professor in 2013. During the 2015 Academic year, he was a visiting Associate Professor at the University of Texas-Austin. Before joining AUB, Hazem was a principal engineer at Intel Corporation, where he spent 12 years. He received his PhD from the University of Wisconsin-Madison in 1996, and his Bachelor from AUB with distinction.
Over the years, Hazem has been the recipient of numerous academic and industry awards, including: The Excellence in Teaching Award at the American University of Beirut University, the Distinguished Scholar Award, the University of Texas Austin Regional Initiative Faculty Fellowship, 6 Teaching Awards at the University of Wisconsin-Madison including the most prestigious Teaching Excellence Award, and 7 industry awards at Intel Corporation.
Hazem’s research interests have focused on Machine Learning algorithms and platforms with special interests in Opinion Mining, Context Aware Sensing, and Platforms for Accelerating Machine Learning Algorithms. He has over 100 research publications in reputable journals and international conferences. He research has been funded by local and international funding sources, including funding Intel Corporation, Qatar National Regional Fund (QNRF), and King Abdul Aziz for Science and Technology (KACST).