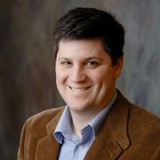 Show Academic Trajectory
Ego Network
D-Core
Research Interests
Author Statistics
Experience
Sign in to view more
Education
Sign in to view more
Bio
Sam was a professor for eight years at University Illinois Urbana-Champaign; however, five years ago he left his tenured position at UIUC to push himself intellectually and professionally in industry. During these years, he started a company, sold his company to Twitter, worked as a code committing software engineer, fought fake accounts, managed a small team, managed a big team, secured Lyft’s phone-based accounts, battled fraudsters, and led a massive nine month project (which is an eternity in industry) that ended up being the largest growth initiative in the history of Twitter.
Now he’s back in academia in the CS Department at UC Davis. He plans to continue to research topics in the computer security area, and is especially interested in building systems for fighting fraud and rethinking our notion of digital identity.