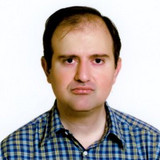 Experience
Sign in to view more
Education
Sign in to view more
Bio
Shant Shahbazian was born in Tehran, Iran, in 1977. He received B.Sc. in chemistry (2000) and M.Sc in chemical physics (2002) from the University of Tehran and a Ph.D in quantum chemistry (2007) from Shahid Beheshti University. Then he joined the department of chemistry of Shahid Beheshti University as an assistant professor, tenured and promoted to the position of an associate professor in 2015 and moved to the condensed matter physics division of the department of Physics in 2016. His main research interest is developing the mathematical foundations of the Quantum Theory of Atoms in Molecules (QTAIM) and extending the theory further for novel applications in chemistry, physics and material science. The main outcome of this line of research is the multi-component version of the QTAIM (MC-QTAIM) that encompasses the AIM analysis of vast numbers of quantum systems including positronic and muonic molecules as well as electronic species where their nuclei are treated as quantum particles instead of clamped point charges. Currently, he is also working on a novel effective formulation of the ab initio nuclear-electronic orbital (NEO) methodology for muonic systems called muon-specific electronic structure theory.
Research Interests