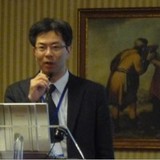 Show Academic Trajectory
Ego Network
D-Core
Research Interests
Author Statistics
Experience
Sign in to view more
Education
Sign in to view more
Bio
From 1988 to 2005, he was at Furukawa Electric Co., Ltd., where he developed award-winning high-power pump lasers, and patented multi-wavelength-pumped-fiber Raman amplifiers. From 1994 to 1997, he was a Visiting Scientist at the Massachusetts Institute of Technology, Cambridge, where he studied mode-locked fiber lasers and ultra-short pulses in fiber. In 2005, he moved to the National Institute of Advanced Industrial Science and Technology (AIST), Tsukuba, Japan, where he is currently the Director of Data Photonics Project Unit, and is also Chair of Executive Committee of a national project called “Vertically Integrated Center for Technologies of Optical Routing toward Ideal Energy Savings (VICTORIES)” in collaboration with ten telecom-related companies. He has authored or coauthored ~500 conference presentations, papers, book chapters, articles, and patents. His current research interests include software defined dynamic optical path networking and their enabling devices such as nonlinear fiber-optics and silicon photonics. He was an Associate Editor and Advisory Editor of the journal Optics Express and the Co-Editor-in-Chief of the IEICE Transactions on Communications. He was on the technical committee for OFC, ECOC, CLEO, OECC, OAA, etc. and served as Program Co-Chair in OFC 2015, and General Co-Chair in OFC 2017.
Dr. Namiki is a Fellow of the Optical Society of America, and IEEE. He is a member of the Institute of Electronics, Information, and Communication Engineers, the Japan Society of Applied Physics.