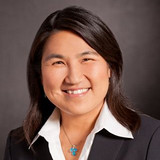 Hewlett-Packard
关注
立即认领
分享
基本信息
浏览量：74
个人简介
Susie J. Wee was born in born in Batavia, New York, and completed her studies in electrical engineering at the Massachusetts Institute of Technology (B.S., 1990; S.M., 1991; Ph.D., 1996), Wee joined Hewlett-Packard in 1996 as a researched and worked there for 15 years, including serving as the CTO of Client Cloud Services. She joined Cisco Systems in April 2011 as its CTEO of Collaboration. Wee was the co-editor of the JPSEC standard and the JPSEC amendment. She also served as an associate editor for the IEEE Transactions on Circuits, Systems and Video Technology as well as the IEEE Transactions on Image Processing. Cisco DevNet, Cisco's community for developers, was launched in 2014 under Wee's leadership.
研究兴趣