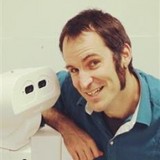 Bristol Robotics Laboratory
关注
立即认领
分享
关注
立即认领
分享
基本信息
浏览量：84
个人简介
Since Dec 2019, I am an Associate Prof in Social Robotics and AI. My research focuses on cognitive and social robotics, with a particular focus on child-robot interaction.

Previously, I was a lecturer in robotics (assistant professor in US parlance) at the Plymouth University, United Kingdom.

From 2015 to 2017, I was a Marie Skłodowska-Curie post-doctoral fellow at the same university, in the robotic group headed by Tony Belpaeme. I worked on the cognitive concept of Theory of Mind applied to robots, and how this may improve and enrich human-robot interaction.

From March 2013 to July 2015, I've been a post-doctoral fellow at the EPFL, Lausanne, Switzerland, in the Computer-Human Interaction for Learning and Instruction (CHILI lab). I was in charge of coordinating the robotic group and developing research in robotic-based learning technologies.

I was previously post-doctoral fellow at the LAAS-CNRS research institute, in the Robotics and Interactions group, working on the "upper cognition" of robots (knowledge management, dialogue, theory of mind...). I've defended my PhD thesis in July 2012. I prepared it at LAAS-CNRS, in joint supervision with the TU Muenchen. I've been awarded the Best PhD in Robotics 2012 prize by the French CNRS for this work.

Before, I've been working for a year as engineer in mobile robotics at the INRIA national institute for computing sciences. I hold a joint MSc in mechanical engineering from France (Diplôme d'ingénieur Arts et Métiers ParisTech) and Germany (Dipl. Ing. in Maschinenbau, Karlsruhe Institute of Technology).

I hold as well a MSc in Computer Sciences applied to Education from Université Paris 5.
研究兴趣