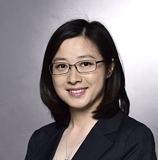 Show Academic Trajectory
Ego Network
D-Core
Research Interests
Author Statistics
Experience
Sign in to view more
Education
Sign in to view more
Bio
She is currently a Professor with the Department of Electronic Engineering, Shanghai Jiao Tong University, China. Prior to that, she was a Member of Professional Staff at Hong Kong Applied Sci & Tech Research Institute during 2003-2004, and a Teaching Fellow then an Assistant Professor at the Department of Electrical and Computer Engineering, National University of Singapore from 2004 to 2007.

Her current research interests include caching and multicasting in content-centric wireless networks, resource allocation, interference management and coordination, MIMO techniques, and physical layer security. She has published over 150 IEEE journal and conference papers on these topics. Dr. Tao is the recipient of the IEEE Heinrich Hertz Award for Best Communications Letters in 2013, the IEEE/CIC ICCC Best Paper Award in 2015, and the International Conference on Wireless Communications and Signal Processing (WCSP) Best Paper Award in 2012. She also received the IEEE ComSoc Asia-Pacific Outstanding Young Researcher Award in 2009.