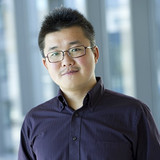 Show Academic Trajectory
Ego Network
D-Core
Research Interests
Author Statistics
Experience
Sign in to view more
Education
Sign in to view more
Bio
I am an Associate Professor of Political Science at Massachusetts Institute of Technology (MIT) and a Faculty Affiliate of the Statistics and Data Science Center at the Institute for Data, Systems, and Society. I also direct the Political Methodology Lab (PML) at MIT's political science department.

Before joining MIT, I obtained a B.A. in Liberal Arts from the University of Tokyo (2006) and a M.A. (2008) and Ph.D. (2011) in Politics from Princeton University, where I received a Charlotte Elizabeth Procter fellowship for the year of 2010 to 2011. My doctoral dissertation won the John T. Williams Dissertation Prize in 2010 from the Society for Political Methodology. I also studied at Lincoln College, the University of Oxford, as a visiting student.

I am broadly interested in the development of quantitative methods for political science data. My research has focused on statistical methods for causal inference, including causal attribution, causal mediation, causal moderation, and causal inference with measurement error. I also study experimental designs and survey methodology, with empirical applications to elections and comparative political behavior.

My work has appeared in various academic journals, such as American Journal of Political Science, American Political Science Review, Journal of the American Statistical Association, Political Analysis, and PNAS. I have won several awards for my research and professional work, including the Emerging Scholar Award (2019) from the Society for Political Methodology. My work has been supported by the National Science Foundation.