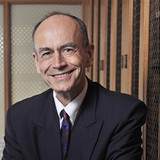 Molecular & Cellular Physiology Department Stanford University/Neurosurgery Department, Stanford University
关注
立即认领
分享
基本信息
浏览量：690
个人简介
Thomas Christian Südhof was born in Göttingen, Germany, on Dec. 22 in 1955, He performed his doctoral thesis work at the Max-Planck-Institut für biophysikalische Chemie in Göttingen with Prof. Victor P. Whittaker on the biophysical structure of secretory granules. From 1983-1986, Südhof trained as a postdoctoral fellow with Drs. Mike Brown and Joe Goldstein at UT Southwestern in Dallas, TX, and elucidated the structure, expression and cholesterol-dependent regulation of the LDL receptor gene. Südhof began his independent career as an assistant professor at UT Southwestern in 1986. When Südhof started his laboratory, he decided to switch from cholesterol metabolism to neuroscience, and to pursue a molecular characterization of synaptic transmission. His work initially focused on the mechanism of neurotransmitter release which is the first step in synaptic transmission, and whose molecular basis was completely unknown in 1986. Later on, Südhof's work increasingly turned to the analysis of synapse formation and specification, processes that mediate the initial assembly of synapses, regulate their maintenance and elimination, and determine their properties. Südhof served on the faculty of UT Southwestern in Dallas until 2008, and among others was the founding chair of the Department of Neuroscience at that institution. In 2008, Südhof moved to Stanford, and became the Avram Goldstein Professor in the School of Medicine at Stanford University. In addition, Südhof has been an Investigator of the Howard Hughes Medical Institute since 1986.
研究兴趣