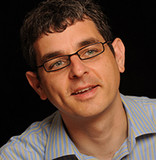 Show Academic Trajectory
Ego Network
D-Core
Research Interests
Author Statistics
Experience
Sign in to view more
Education
Sign in to view more
Bio
Thomas Heldt joined the MIT faculty in 2013 as a core member of the Institute for Medical Engineering and Science (IMES) and the Department of Electrical Engineering and Computer Science. Additionally, Thomas is a Principal Investigator with MIT’s Research Laboratory of Electronics (RLE). He directs the Integrative Neuromonitoring and Critical Care Informatics Group in IMES and RLE.

Thomas’ interests began meandering between basic science and clinical medicine in his native Germany, where he started studying physics and medicine at Johannes Gutenberg-Universität, Mainz, Germany. He subsequently received the MS and MPhil degrees in Physics from Yale University and the PhD degree in Medical Physics from the Harvard-MIT Division of Health Sciences and Technology in 2004. He completed postdoctoral training with the Laboratory for Electromagnetic and Electronic Systems at MIT before he co-founded and co-directed the Computational Physiology and Clinical Inference Group at RLE.