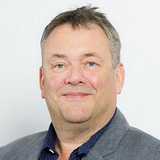 Experience
Sign in to view more
Education
Sign in to view more
Bio
Professor Tom Davis is a leading polymer scientist/nanotechnologist with a proven performance in producing highly influential research. This is exemplified by his presence in the latest ISI most highly cited listing, covering his performance over the last decade placing him as the most cited polymer scientist and/or nanotechnologist in Australia. He has published more than 360 refereed papers, with more than 36 publications cited 100+ times, and 115 publications cited 50+ times (ISI). He has held two senior ARC Fellowships: an Australian Professorial Fellowship and an Australian Federation Fellowship. His scientific contributions have embraced polymerization kinetics, nanostructured films, nanoparticles, protein conjugates, nanoparticle enhanced bio-imaging, gene delivery and targeted therapeutics. In recent years Davis has been awarded ARC Discovery grants to work on novel MRI contrast agents (iron oxide nanoparticles and gadolinium bound by macromolecular ligands) and he holds an ANSTO grant with PI Greguric to synthesise macromolecular ligands for novel PET agents. Davis also has significant experience in developing novel chemistry for bioconjugation reactions to proteins, peptides and DNA. Davis has worked closely with the Children's Cancer Institute on drug and gene delivery (CI Kavallaris) using novel biodegradable nanoparticle systems.

His move to Monash in 2013 has occurred because of a desire to drive a step-change in the field of nanomedicine development, and the realization that this is best achieved in a research environment where the best polymer scientists can interact, on a day-today basis with highly committed and highly experienced drug discovery biologists and drug development scientists. Tom is Professor of Polymer Nanotechnology. This is the inaugural Professorial Appointment under the banner of the Monash-Warwick University Alliance. The position is based at the Monash Institute of Pharmaceutical Sciences (MIPS) (80%) and the Department of Chemistry at the University of Warwick, UK (20%). The Monash-Warwick Alliance has the capacity to break new ground for Australian scientific as an internationalized model of collaborative research. The environment at MIPS, in conjunction with arguably the leading polymer science group in the UK at Warwick, is a unique opportunity to develop an internationally leading presence at the interface of polymer science and delivery technology.
Research Interests