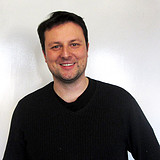 Tim is a regular keynote speaker at academic and industry conferences and workshops. He served on over 30 program committees of various database, data mining, systems, visualization, and crowdsourcing conferences and was the program chair at 6 conference tracks/workshops, including the co-chair of SIGMOD 2016 and 2019 - the largest database conference. Tim is on the advisory board of the NSF Northeast Big Data Hub, was an associate editor of the Data Engineering Bulletin, and served as an expert witness in a major legal case.
Research Interests