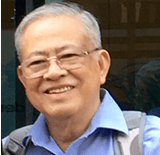 Oxford University
关注
立即认领
分享
关注
立即认领
分享
基本信息
浏览量：360
个人简介
He was appointed Visiting Professor of Infectious Diseases at Oxford University, and has been a Fellow of the Royal College of Physicians (Edinburgh) since 2004. He has been working for the Hospital for Tropical Diseases in Ho Chi Minh City since 1978, first as Head of Intensive Care Unit, then in 1985 as Head of Malaria Ward, and in 1987 as Head of the Medical Service. He was appointed as its Vice Director in 1989. He is a member of several committees and advisory groups, including the Sub-Committee on the Management of Malaria, the National Malaria Control Programme for the MOH of Vietnam, the Management Committee on the National Project for the Control of Dengue Haemorrhagic Fever in Vietnam, and the Clinical Committee on the National Programme for the Control of Avian Influenza Virus Infection in Humans in Vietnam. In 2001, Dr Tran Tinh Hien was appointed member of the WHO Technical Advisory Group on Artemisinin Combined Therapy. He has worked as Principal Investigator for various projects on malaria and typhoid fever, funded by TDR/WHO, and the Wellcome Trust UK, has participated in 30 presentations, mainly on malaria, and is the author or co-author of more than 200 publications.
研究兴趣